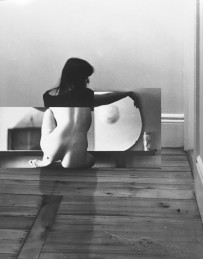 Congratulations to the winner of our 2015 Ryan R Gibbs Photography Contest, judged by Tara Wray:

Hannah Varden has been awarded a $400 prize and publication on the cover of our winter issue. Of her stunning collection “singular,” she offered the following statement. We’re so proud to acknowledge the work of this talented artist.

Through the overlaying of photographs I have taken of my teenage sister and myself, I have begun to explore the strangeness of confronting a visually similar person while struggling to define one’s own self. My interest in my subject matter initially came from the realization that combining one photograph of myself with one of my sister had the potential to make a comprehensible new person. As I worked through a variety of collages, my compositions began to become less understandable as realistic human forms. The process of collage allows for a disruption of understandable space. All the while the lone figure remains as a balance between reality and fiction. The scenes depicted both happened and did not; each piece is derived from reality but these people and their spaces can never be realized beyond the frames made for them. They are confined to their spaces and yet they are breaking free of having to just occupy one. At times they are still, having found near perfect concurrence between their parts. Others begin to verge on the grotesque and the highly questionable. I consider this a proper reflection of the attempt in real life to equate my sister and myself in all walks of life; at first glance we are visually similar, but the practice of looking at one another more closely reveals a total disturbance of the initial perfect reflection. This is the visual representation of the beginning of a dialogue with my sister that I struggle to properly articulate to her verbally. 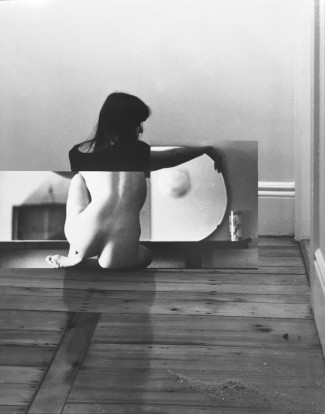 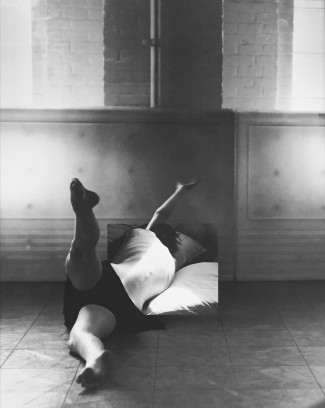 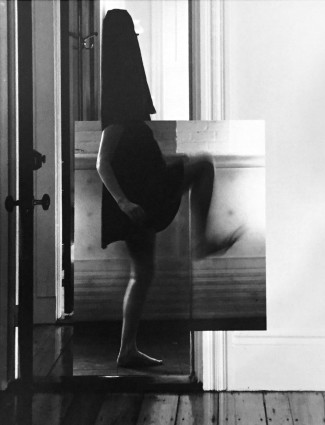 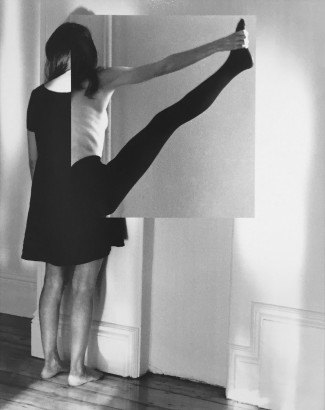 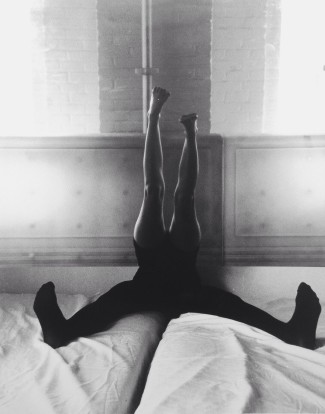 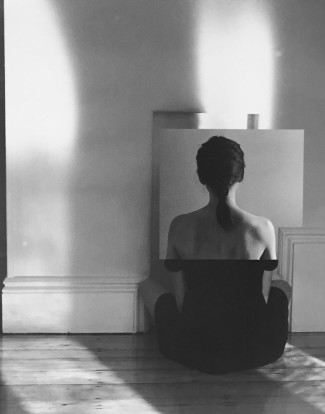 Congratulations also to our finalists this year, who helped make the contest so exciting:

and to our honorable mentions:

For the Ryan R Gibbs Photography Contest, New Delta Review seeks a series of 5-11 photographs to be featured in our journal’s winter issue. Together, the photographs should tell a story, or be centered on a unified theme of the artist’s choosing. This contest goes hand-in-hand with our short fiction contest, which seeks a full narrative in 1500 words or less.

About this year’s judge: Tara Wray is a writer, documentary filmmaker, photographer, and Photography Editor at Hobart. She is the director of two feature length films: Manhattan, Kansas, an autobiographical documentary that won the Audience Award at the 2006 SXSW film festival; and Cartoon College, about a school for aspiring comic book artists, which screened at festivals around the world and can now be seen on iTunes and VOD. She is the recipient of a Jerome Foundation New York City Media Arts Award and has received funding from the Anthony Radziwill Documentary Fund, LEF New England, the Vermont Arts Endowment, the Vermont Arts Council and the National Endowment for the Arts. Her short fiction has appeared in Black Warrior Review, Fiction, Sycamore Review, Gulf Coast, and others. She has self-published two photo books: Each One Wonderful, a collection of dogs in New York City, and most recently Come Again When You Can’t Stay So Long, an autobiographical work that was named one of the 2014 best photo books of the year by FlakPhoto. She lives in Vermont with her husband and identical twin sons. She blogs at Tara Wray Photography. Follow her on Twitter and Instagram.

About Ryan R. Gibbs: This award is in honor of Ryan R. Gibbs (1981-2012), a gifted editor for New Delta Review, an incredible writer of fiction and screenplays, a talented photographer, and, above all, a dear friend. New Delta Review is honored to host this annual award in his honor, made possible by a generous endowment from his parents.