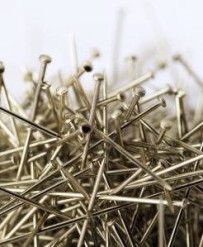 The best way to read An Easy Place / To Die is while walking. Vincent Cellucci’s first collection of poems is a marathon of scattered words, bits, specks of sounds, and people experiencing a somewhat communal catastrophe. Here’s what I mean:

First things first: I know this writer. I know a bit about how his poetics is one of catching the world like a sickness and cackling it out. A poetics of texture—this is apparent from the looks of his poems, lines that stagger across the page and fall apart into single words. They are jagged cl(iffs) cutting you up a little bit at a time. The language is equally dynamic: sites of collision and debris—most notably the lovely “nother” who finds its way through most of the book referencing lover, mother, an “other.”  Found-language perhaps, but not before it’s warped through Cellucci’s cipher and rocketed back to the world.

Cellucci himself  admits, “These poems are eager to turn you on to death.” Yet his poetry is a delicate one, like the lace that covers the inside of a coffin. When speaking of Louisiana falling into the sea, he adds, “[t]his talk amuses me with images that I’m perversely attracted to–an entire  state capsizing … with populations leaping overboard to test their skills at treading water.” Similarly, his poems want to do this very thing to us: catapult us into a kind of death. There’s a journeying going on here, but it’s downward, and it’s slow, and it’s agonizing.

This spiral downward is heavily peopled; the “poems wander through the social world” in which bodies are the things to cling to during the fall. In addition to the shifty “nother,” there’s the series of dedications,  references to other poets, family members, fictional characters, faceless names, and anthropomorphi-cations  that crowd the book. There’s an importance to people, connections, interactions that the text wants to privilege. I can feel the intimacy of these relationships, even if their nature is obscure. We may be sliding into the ocean but we are doing so clinging to a-nother.

I wait on this line: “Easy to fall in love with people you don’t know, but loving the ones you do / makes matter” from “White Azaleas or Axioms for My Daughter,” one of the poems in the book that most attracts me. Unlike “Causeway’s” skills and acrobatics, this poem  plays with the sentimental and feels oddly direct in a book that runs melodic through a precise but mysterious language. “White Azaleas” is touchy and feely, referencing a daughter, a future that will be in need of a bit of humanity. Full of lines that read like deformed versions of a Hallmark card,  “White Azaleas” is off-putting for me in its strange sincerity. The axiom’s deformities hook me: “Once you’re shattered, you’re together.”

For all the dying in the book, there’s a snag. “White Azaleas” ends with, “The world is also / an easy place / to appear” referencing the living, breathing thing in the collection’s poems, what Cellucci calls “presence.” Perhaps this “presence” is another reference to the power of the “other,” the being, the aura of a person which can make catastrophe almost manageable.