“Where the Roots Rise,” a series of tea-stained cyanotypes, serves as a reminder that the gap between nature and humans is smaller than we acknowledge. Decay runs rampant, seasons change, nature lies in wait to stake its claim. My work articulates humankind’s capacity to decay as a marker of our identity. Set in the swamps and woods of Mississippi, Louisiana, and Florida—natural places where one encounters life and death, growth and decay—the series chronicles the intimate relationship of a feral woman and her surrounding nonhuman environment. The woman collects the bones, branches, and flora, and treads with the animals, both dead and living. Recognizing the deaths of other creatures, this woman observes in death that she, too, will be repurposed and consumed by the earth.

The cyanotype process shifts focus from potentially colorful landscapes and figures to patterns, textures, and the relationships of forms within the images. Tea-staining the prints dulls the blue and adds warmth. Printing on Japanese Kitakata paper, which is prone to ripping, tearing, and wrinkling, gives the prints a feeling of fragility and reflects the deterioration of nature. “Where the Roots Rise” ultimately reflects upon the forms, the impermanence, and the interconnectedness of natural life. 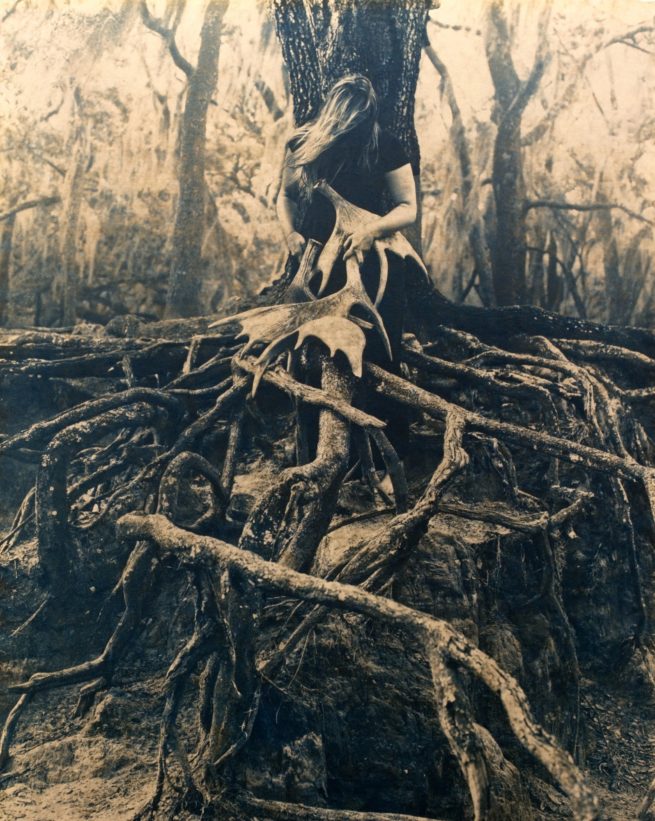 Where the Roots Rise 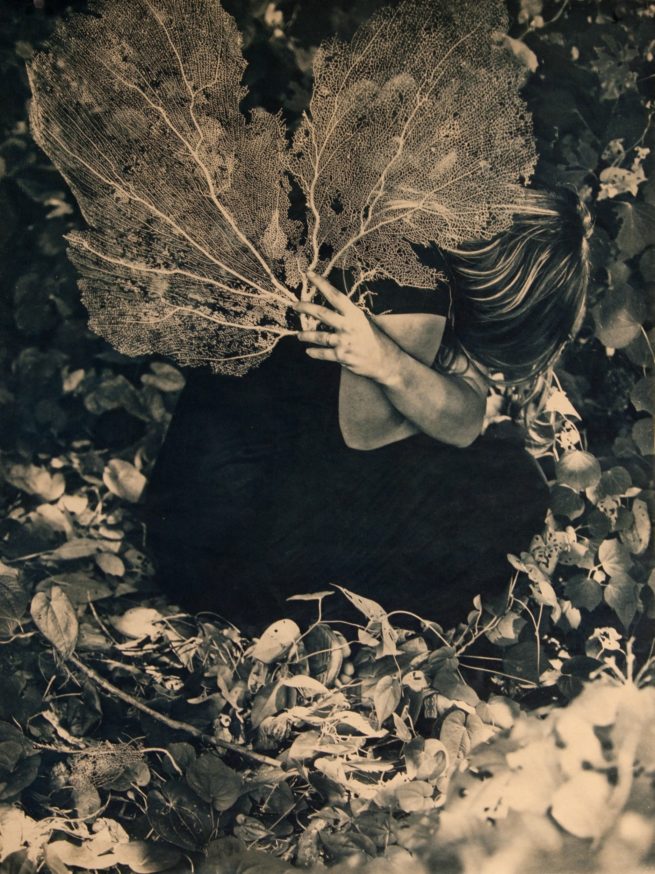 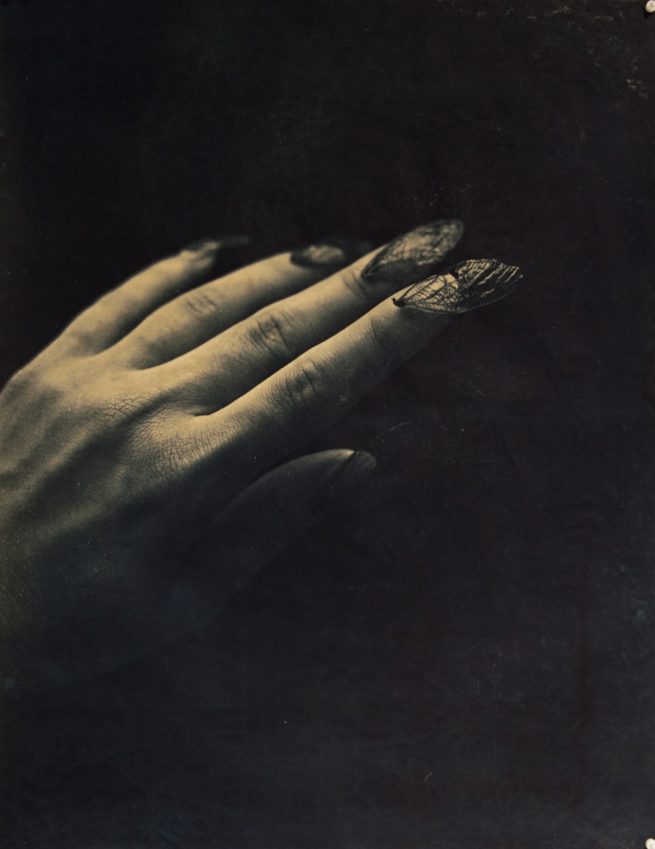 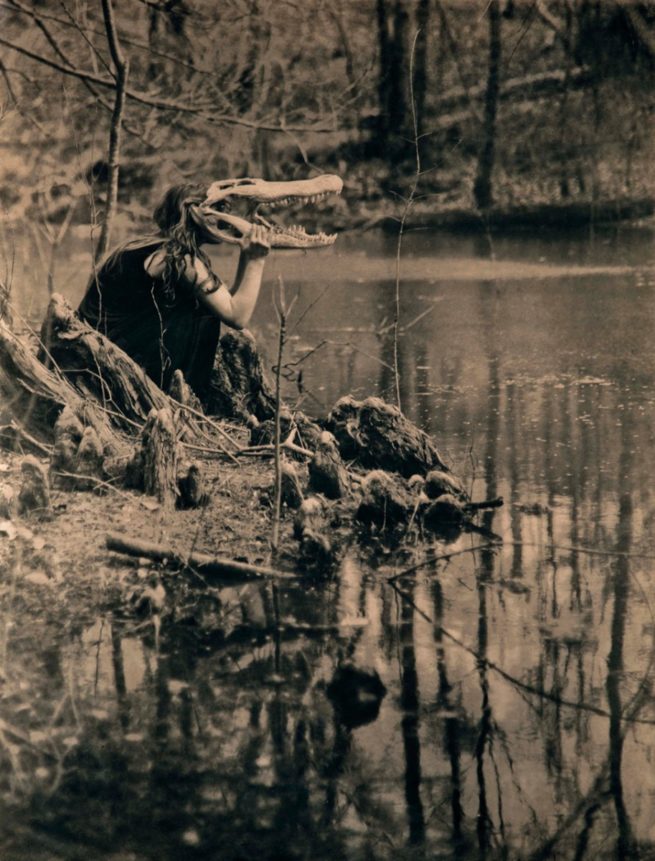 Looking Through the Skull 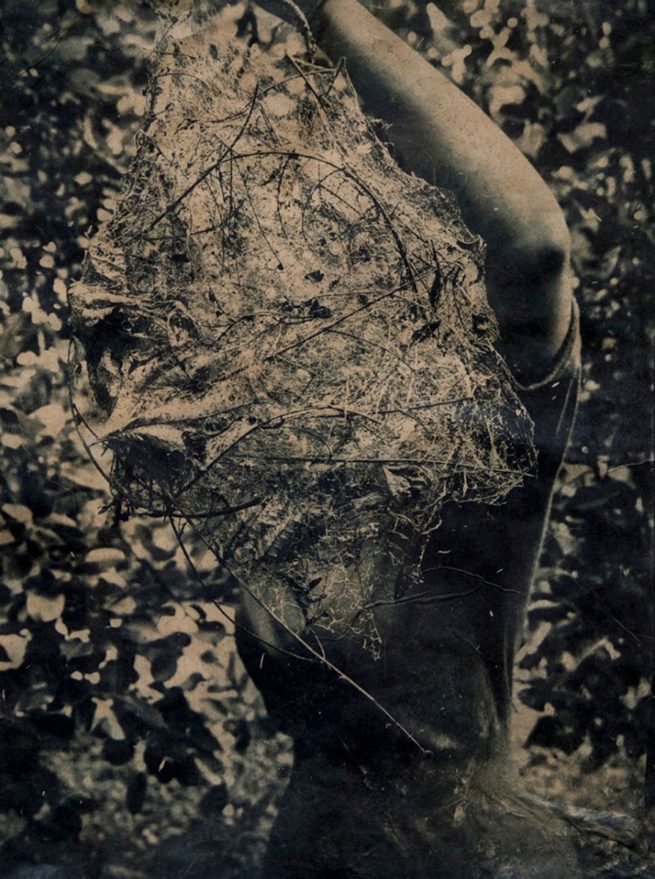 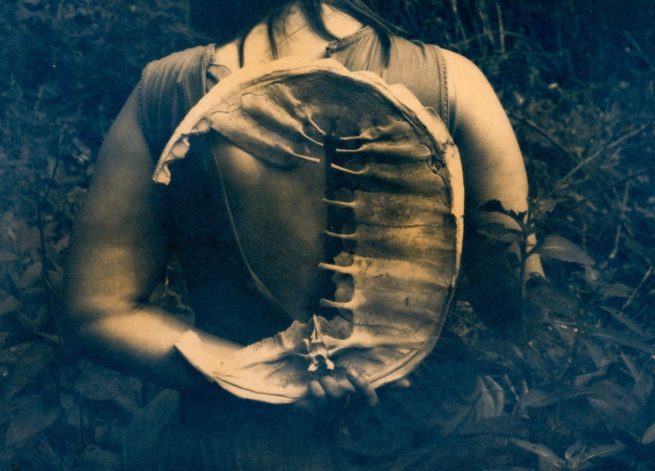 Bone of My Bones 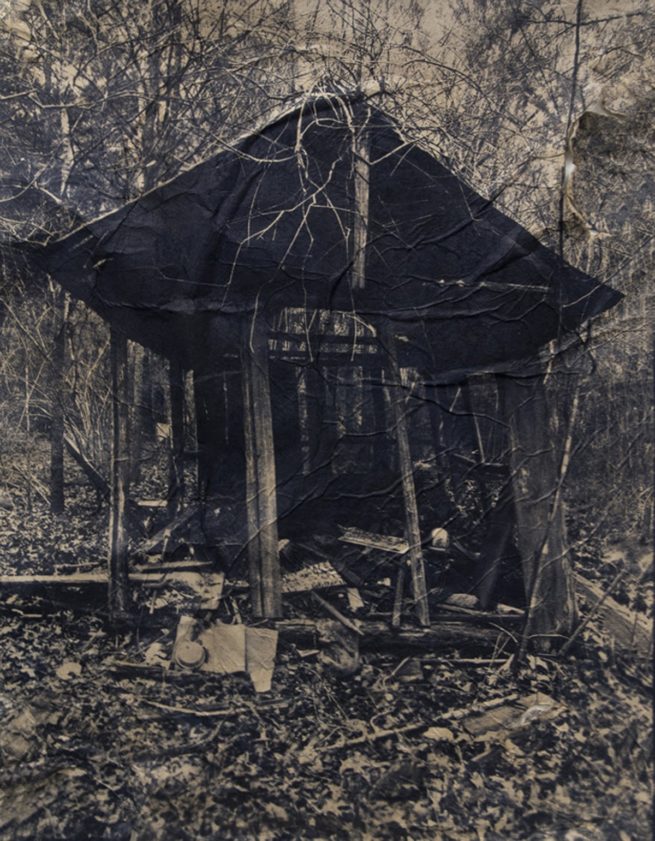 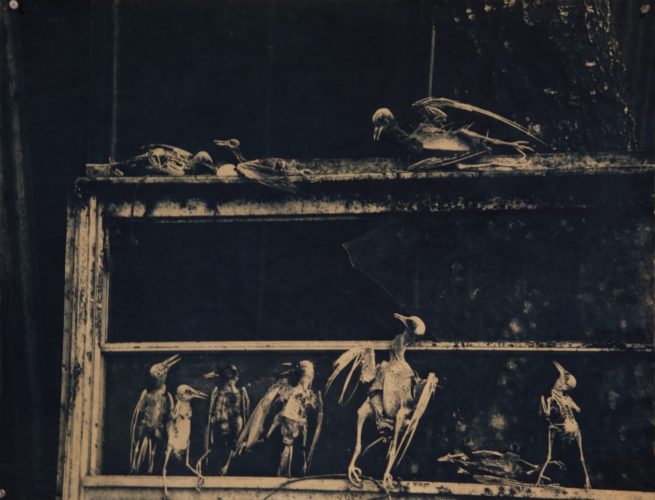 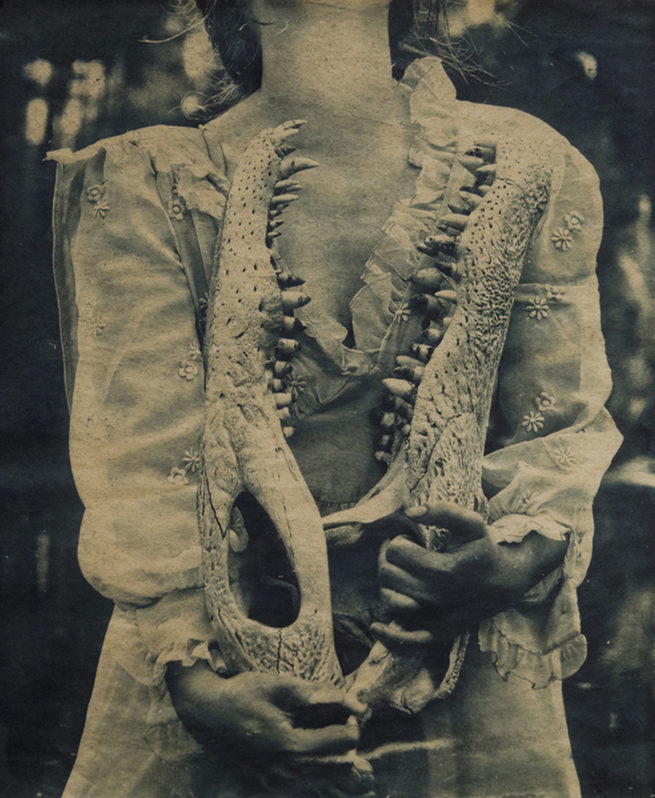 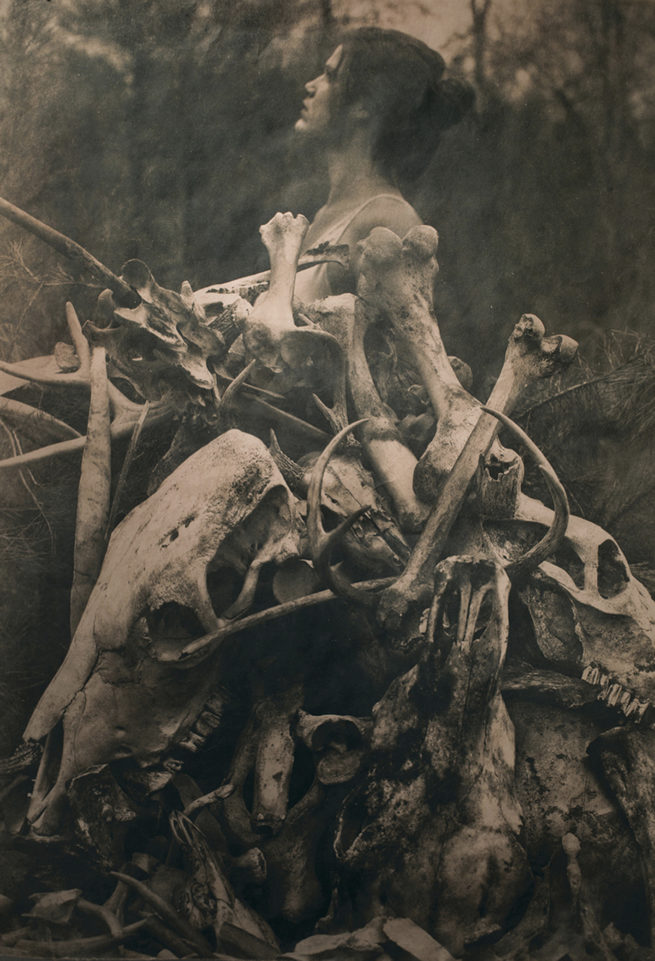 Jaime Aelavanthara is a fine art photographer and faculty member at the University of Tampa. She has exhibited nationally in venues such as the Mississippi Museum of Art, SEITES Gallery, Canada, and the Ogden Museum of Southern Art. Most recently, Aelavanthara won SOHO Photo Gallery’s 2017 International Portfolio competition and was awarded a solo exhibition at SOHO Photo Gallery, NY. Jaime’s work has received past funding through a visual arts fellowship award from the Mississippi Arts Commission in 2016.