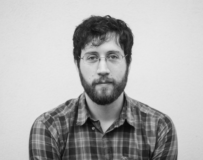 Congratulations to the winner of this year’s Ryan R. Gibbs Award for Flash Fiction — “Snow” by Kathryn McMahon!

“‘Snow’ by Kathryn McMahon is not a minimalist story, or one that has been distilled to its “essence”. Instead, it’s what my favorite flash fiction can occasionally be: it is immense. It’s a story with a shifting center, or so it seems at first. It uses each word, each unspooling sentence, to turn things, to show us more and more. Never withholding, ever-revealing, it gives us new information and new contexts in equal measure. The few things we aren’t told aren’t hidden from us, but are instead used as moments of invitation, thresholds through which our own imagination can be drawn into the story and held there. “Snow” feels less like a story told, more like an experience shared, and yet we also know this is not, and could never be, the case. In this way, “Snow” manages to be a story about intimacy and distance, the mother, the daughter, and mothers and daughters. I loved it. I was pained by it. I learned from it. I’m thrilled to announce it as the winner of the 2018-19 Ryan R. Gibbs Award for Flash Fiction.”

Kathryn McMahon is a queer American writer living abroad with her British wife and dog. Her stories have appeared in places such as FLAPPERHOUSE, Third Point Press, Atticus Review, Booth, Passages North, The Cincinnati Review, Jellyfish Review, and Split Lip. Her work has received various nominations and has been selected for Wigleaf’s Top 50. Recently, she was a finalist for the SmokeLong Quarterly Award for Flash Fiction. She tweets as @katoscope. Find more of her writing at darkandsparklystories.com.

As the winner of this year’s Gibbs Award in Flash Fiction, Kathryn will receive $400, and “Snow” will be featured in our winter issue.

Also, congratulations to Darien Gee, whose flash non-fiction piece, “A Chinese Great Grandmother, Name Unknown,” was selected as runner-up and will also be published in our winter issue!

Additional congratulations and thanks to our amazing finalists:

For the Ryan R. Gibbs Flash Fiction Contest, New Delta Review seeks fiction of around 1,000 words or less. We’re looking for complete arcs in concise packages, resonance over neat resolution, inimitable rhythms and propulsive movements, something a little (or very) dangerous. As Ander Monson, our 2015 judge, stated, “What [we] really want is to be surprised by something forceful and bent to its will.”

Judge: Colin Winnette
Prize: $400 and publication in Issue 9.1 of NDR. All entries will be considered for publication and, should they be published, our annual Matt Clark Editor’s Prize of $250.
Deadline: October 17th, 2018
Entry Fee: $5

About this year’s judge:

Colin Winnette is the author of several books, including Haints Stay (Two Dollar Radio) and The Job of the Wasp (Soft Skull Press). His writing has appeared in numerous anthologies and publications, including Playboy, McSweeney’s, The Believer, and Gulf Coast Magazine. His work has been translated into French and Italian, and his prizes include Les Figues Press’s NOS Book Contest, for his novel Coyote. He’s originally from Texas and lives in San Francisco, but he has met Mike the Tiger.

About Ryan R. Gibbs: This award is in honor of Ryan R. Gibbs (1981-2012), a gifted editor for New Delta Review, an incredible writer of fiction and screenplays, a talented photographer, and, above all, a dear friend. New Delta Review is honored to host this annual award, which was made possible by a generous endowment from his parents, in his name.