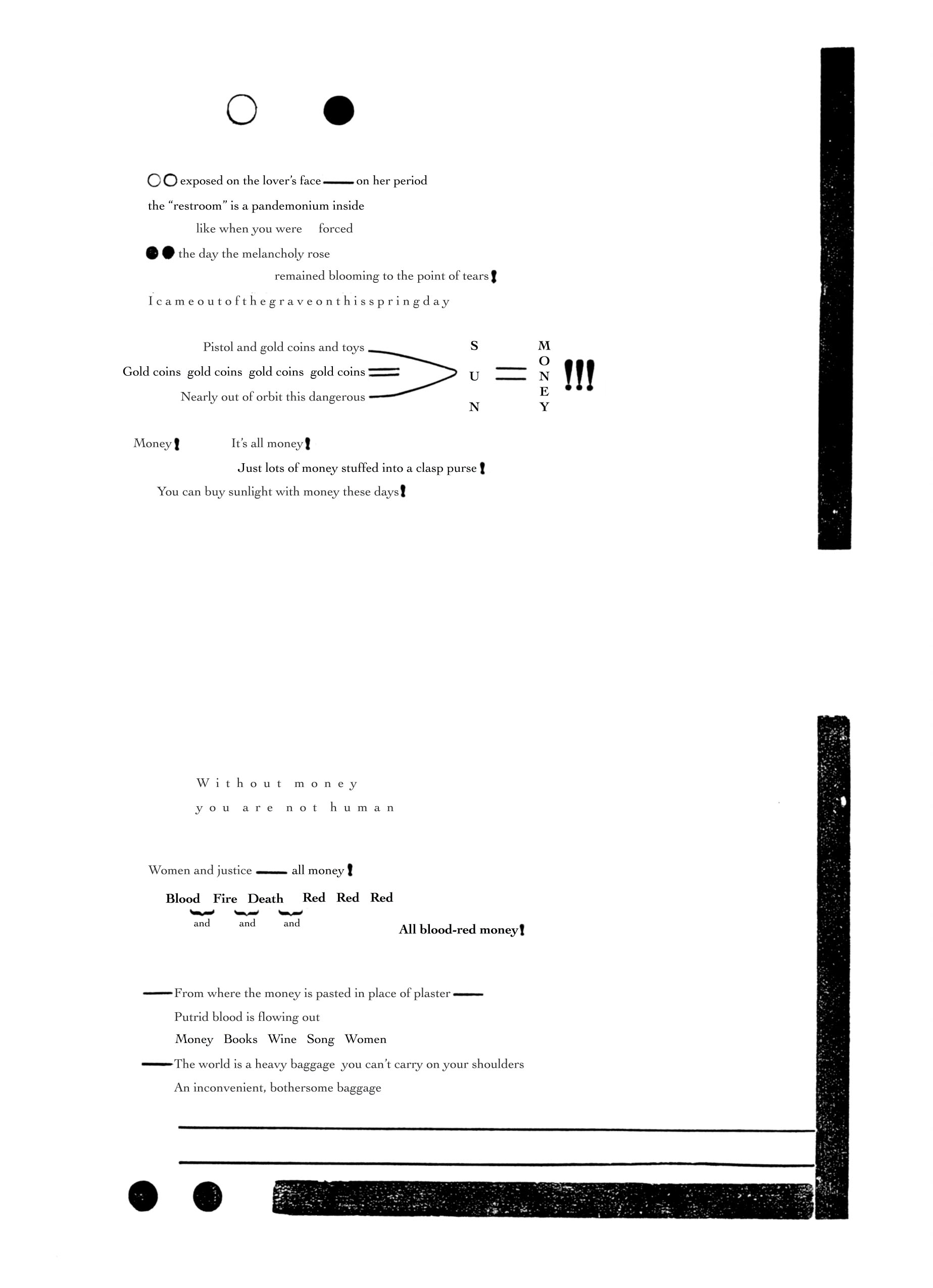 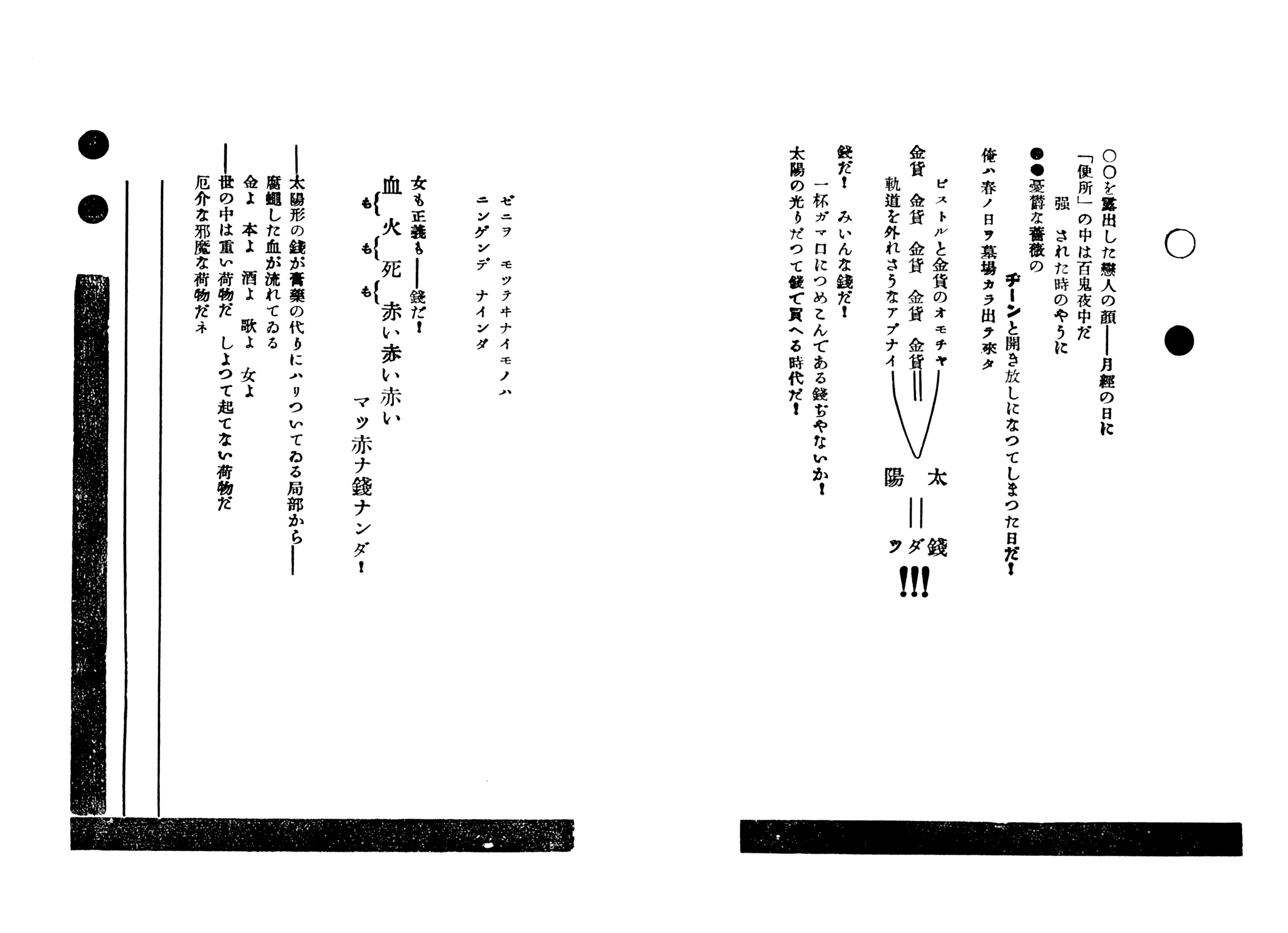 Hagiwara Kyojiro (1899-1938) was born in Maebashi, Gunma Prefecture, Japan. His early works consisted of traditional waka and tanka poetry, but his interests shifted toward modern verse forms during the late 1910s. Hagiwara was involved in editing two anarchist/DADA coterie journals during his short lifetime: Red and Black and MAVO. The latter was also an arts and performance group that was influential to many neo-avant-garde movements in postwar Japan. He died of hemolytic anemia in 1938. He was forty years old.

Sho Sugita writes and translates poetry in Matsumoto, Japan. He is the translator of Spiral Staircase: Collected Poems of Hirato Renkichi (Ugly Duckling Presse, 2017) and author of Native Genius (The Elephants, 2018), a chapbook of poems-on-translation.