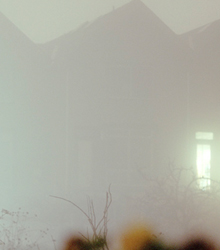 He’s as corrupt as they come. Sure, we’ve known it for years. It was obvious in the way he denied allergies while sneaking into cookie, chili and muffin recipes. His widely publicized ties to the jam and jelly mafia. We all know he tried to blackball pretzels from the bars and bribed his way inside boxes of caramel corn. We were okay with all that. Nuts will be nuts, and a nation’s gotta nibble. But this newest scandal is something else. It’s got Snickers pulling products from shelves. Reeses is planning to fill their cups with almond-butter. George Washington Carver’s heirs are investing in pistachio research.

Rumor has it a walnut farmer leaked the photos. They’re out of focus and poorly lit, but it’s impossible to miss the monocle, cane and regal paunch. Clearly America’s favorite snack caught without his shell. He was photographed naked in the dry-roaster, tumbling about amongst a dozen sugar-drenched soybeans. An organic orgy. Maybe if it were a simple affair with a stately cashew. Or even a humble filbert. But to be seen rubbing skin with those foreign tongue’d hobnobbers of vegans and hippies … He’s holding an assembly this afternoon to address the allegations. He’ll admit, apologize and atone. Announce plans for his resignation. Rehab. And as he prepares to take the podium, Mrs. Peanut studies herself in the mirror. She needs to be certain that the tears streaking her cheeks sparkle like icicles melting in the camera lights.