The trees are for birds and children; the rest of us are clueless as to what to do. They are always obstructing roadways, getting tangled up in power lines, blocking out sunlight, hosting loathsome habitats, contracting diseases, trapping cats, crushing grandmothers, and swaying condescendingly. To be clear, the contingent status of people in houses in relation to trees is common knowledge. The neighborhood bends over backwards to be genial. Evidence of this good will can be found in the myriad streets bearing names like maple and elm, the folksy, canopy bound houses built for children who have grown too large to scurry up the limbs of their parents, and the legions of burly men paid obscene wages to give them fetching haircuts with ladders and electric saws. Despite best efforts, the patience of the beholden has its bounds. Once a year, small trees are gathered into houses to be dressed up in kitsch and electric lights, abused with song, and tossed aside. O! The wicked games that debt begets! 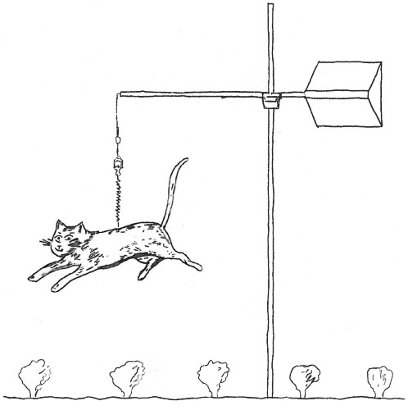 The song is a trick performed on language. In the mouth of the singer words become like putty; they submit to being bowed and stretched and mutilated into shapes and patterns capable of performing unfamiliar functions. Couched in its sublime costume, the language of song conducts the body; it can compel it to weep, to shake, to march, to jump, to hum, to drum, to bump, to sleep, to wail, to grind, to shriek, to twist, or to shout. This is an undisputed miracle. For all of us alive now, however, with our ready access consumer stereos, recorded music, and live entertainment extravaganzas, the miracle of song has become old hat. It’s nothing to cry over! For over two centuries America has been a global leader in the production of new miracles and we’ve shown no signs of slowing down. Computer Generated Imagery (CGI), plastic surgery, Teflon, the Fleshlight, Oklahoma sushi, car phones, Xanax, the Hoover Dam, Lasik, instant oatmeal, napalm, mosquito repellant, internet chat rooms, and Michael Jordan are but a few of our contributions to the world’s cabinet of wonders. For all the disenchanted young people in Davy Crockett caps and Chelsea boots playing banjos and scraping washboards on the sidewalk, who wax nostalgic about times they can’t remember and practice rolling tobacco in between bluegrass ditties, who have never held a 1913 Buffalo Nickel or looked into a Big Mac and seen the face of God, I wish to impart a message: Don’t ever ever ever stop believing.

The tissue is not at all obvious. A house that takes it for granted is a house of bewildered children. Pull back the dining room cabinet in such a house, the one containing the expensive forks and the plates set aside for special occasions, and you will find a mosaic of dried boogers tacked to the wall, each hardened morsel a shameful memento commemorating the moment when, after mining for gold, the child holds the treasure between his fingers and anxiously asks himself, “now what?” Sneak into the teenager’s room, look under the bed, and discover a mountain of petrified boxer shorts, a monument to years of adolescent loads blown and their clumsy cover-ups; the boy’s scrawny frame pantomiming the gestures of a hapless first-time killer with shit in his pants as he tries to hide the corpse. The point is this: children should not have to learn to confront the problems of the body from watching the family dog cover its tracks. Toilet train early and with gusto. When the child’s nose begins to leak, demonstrate how to pluck the tissue from the box, bunch, blow, and throw it away. Eventually, those wiry, pathetic little patches of hair will begin to populate his body and you must do the decent thing—swallow your pride and admit that you know about his penis. Put a tissue box in his room or give him the gift of a sock he can dedicate to the task. The next time you come across one of those catastrophic personalities, one of those with loony tune proportions and obscure contortions, whose baroque architecture appears to have been deformed by the hand of a singularly cruel and hilarious draughtsman, consider that the disaster in front of you may have come of age in a house that failed to consider the tissue. As I have no little ones to call my own, I cherish it as a duty to ensure that the grave injustices of my own sick fuck biography are not perpetrated on the children of my neighbors.

Quinn Gancedo writes and lives in Portland, Oregon. His work has appeared in Diagram, Tammy, 3:AM, Potluck Mag, and elsewhere.