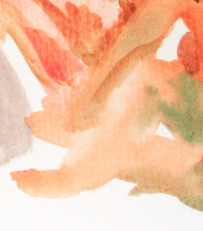 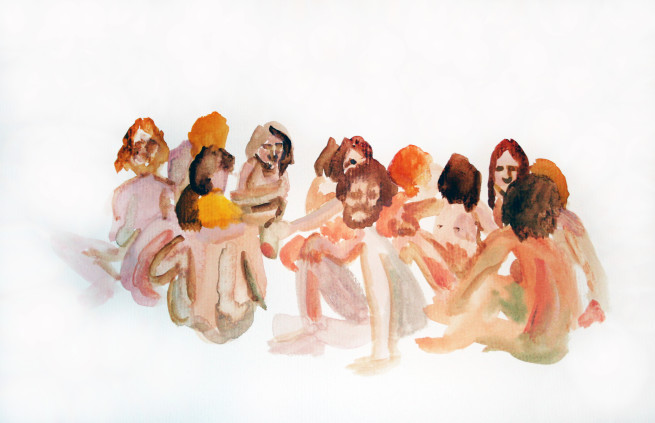 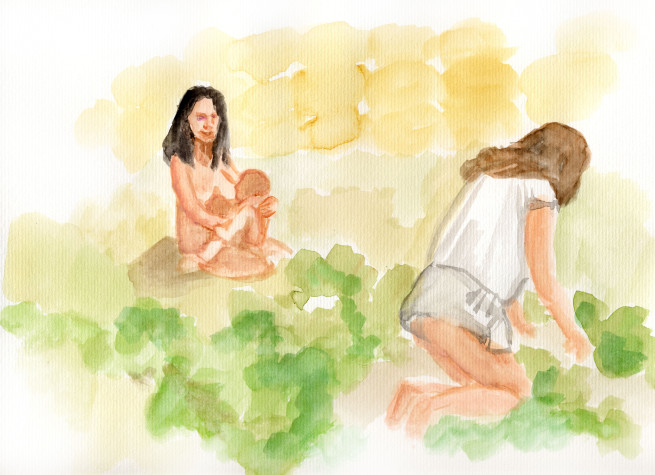 Artist’s Statement:
In fall 2007, I stumbled upon an extensive web site built and maintained by former residents of the former Morningstar Ranch commune. The site contained an online version of a scrapbook that residents had put together in the early 1960s, and it provided a wonderful glimpse into the exuberance of the era. Morningstar Ranch existed from the mid-1960s to the early 1970s in Northern California near Sebastopol. It was an open door commune, which means that everyone was welcome to stay, no matter who they were. As a result, Morningstar Ranch became a kind of radical social experiment, where the best and worst of human nature emerged in the absence of any established rules or codes of conduct.

This environment was extremely interesting to me, since I had spent several years constructing large-scale dioramas that explored “Hertopia,” a fictional, all-female universe that explored what would happen if a group of women built a society from scratch, without any established rules. The dioramas depicted a fairly dystopian universe, where the worst of human nature prevailed the majority of the time. When I discovered Morningstar Ranch, it seemed like a real-life experiment in starting a society from scratch, and I was excited to find out more.

I spent a couple of years combing through Morningstar’s extensive online archives, including a 25-chapter history of Morningstar Ranch and Wheelers Ranch. Wheelers Ranch was established after Morningstar Ranch was closed down by local authorities, and it was similar to Morningstar, although with a slightly less open-door policy. I started to make watercolors of Morningstar folk using images from the Morningstar scrapbook as source material. I wanted to capture the ephemeral nature of this place and this period in time, where anything seemed possible. Many people I have talked to from Morningstar have said that in the late 1960s they were convinced that their generation would completely change the world and that they were on the eve of a new beginning. Watercolors provided me with a way to work quickly, and connect with the spirit of Morningstar by using washes of color that reflect both the vibrancy and the fragility of the community.

After I completed the watercolors, I contacted one of the founding members of Morningstar Ranch, Ramon Sender, to see if we could meet in San Francisco. In spring 2010 we did meet, and he was incredibly generous sharing his knowledge and connections with me. I have since attended two of the May Day reunions held by alumni of Morningstar and Wheelers Ranches at Wheelers Ranch (which still exists) near Occidental, California, and have gotten to know many alumni of both communes. Although I have since gone on to make a series of collaged photographs and ceramic sculptures about Morningstar Ranch and other communes established in the 1960s, I see my series of Morningstar Ranch watercolors as the true beginning of my exploration of the legacy of countercultural communes. 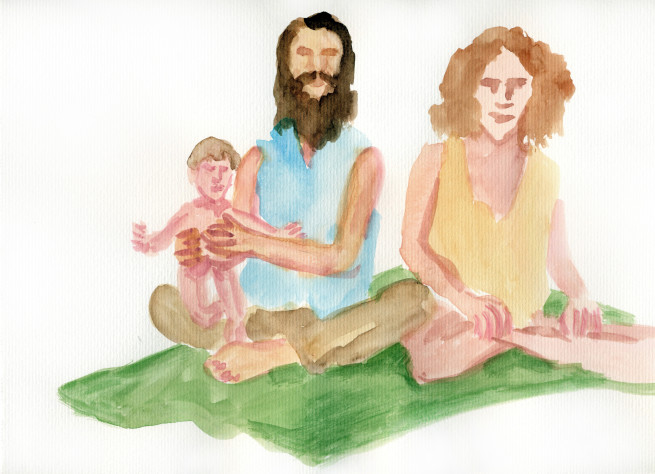 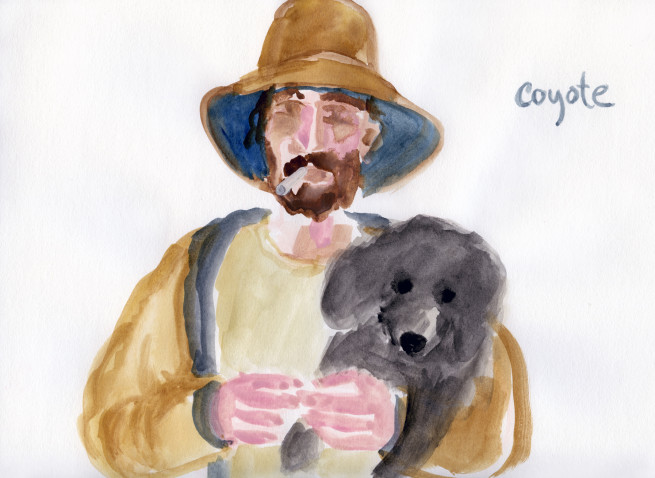 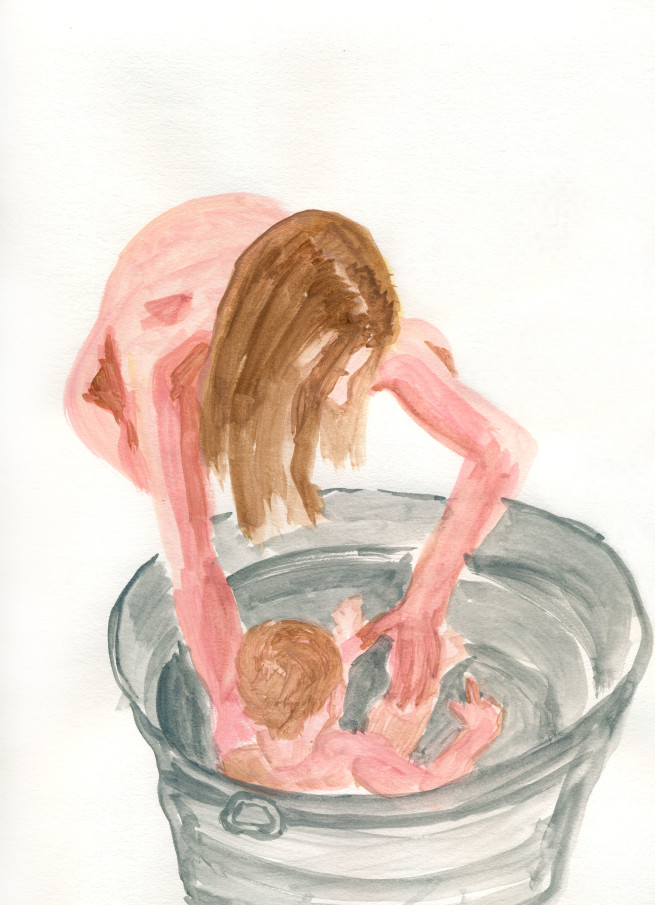 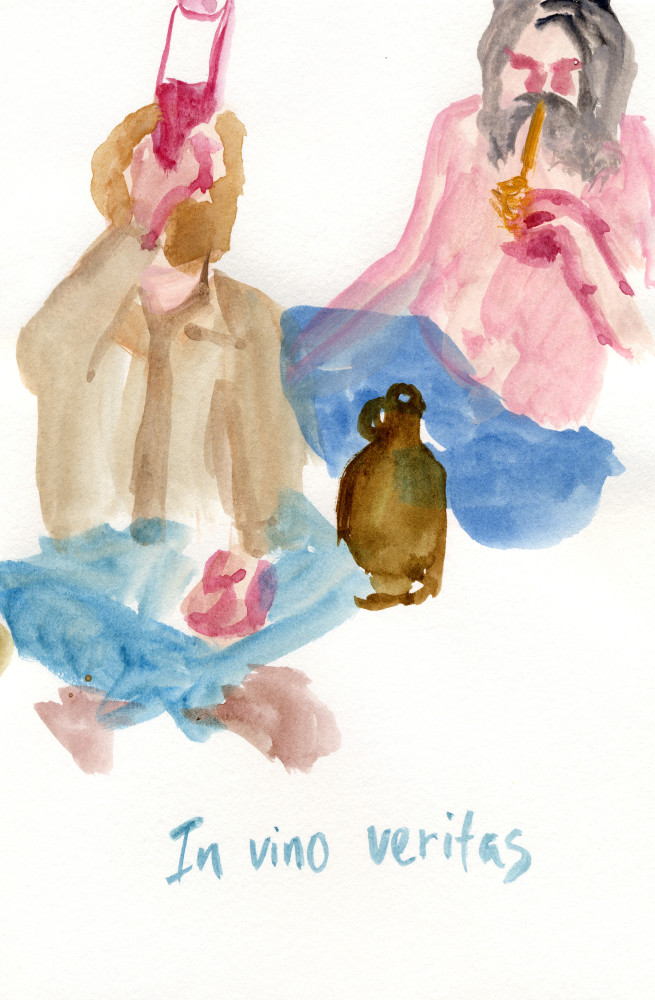 Cathy Akers is an artist based in Los Angeles. Her multi-discipline practice spans photography, sculpture, and installation. Her art investigates a fundamental aspect of human nature—the desire to create a more perfect society. Through watercolors and photographic collages, she focuses on the unique historical moment that gave rise to so many countercultural cooperatives in the 1960s, as well as the realities of life on these communes today. Works from this series have been exhibited in a solo show at Emma Gray Headquarters in Culver City, CA, and group shows in Washington, D.C., Novato, CA, Sopot, Poland, and Berlin, Germany.