“Fractured Tarot for the Anthropocene” combines found poetry and art in collaged tarot cards. Originally a card game, the tarot morphed into a divination tool in the late 18th century. The 78-card deck consists of Minor Arcana cards (Swords, Wands, Pentacles, and Cups) and Major Arcana cards that represent the human psyche and identities we all contain. Pulling cards from a tarot deck for a personal reading is an exercise in creativity and intuitive listening.

The tarot here is “fractured” simply because it’s not entire. A tarot deck’s usefulness, like that of a deck of playing cards, depends on being whole. In the process of creating these cards, I found myself drawn over and over to specific cards: The World, The Hermit, Death, The Tower and the Queens, specifically Queen of Cups, Wands and Swords. I discovered that themes of environmental degradation, oppression, violence, gender issues and empowerment recurred as I continually reached for The World and snippets of found verse which expressed the burden of overpopulation, factory farming, pollution and an environment overwhelmed by human demand. Because I was drawn to depicting specific cards over and over, to the exclusion of others, it both renders the deck fractured while spotlighting, through the cards that are represented, metaphorical fractures.

Our current geological age, the Anthropocene, is dominated and defined by the influence humans have had on climate and the environment. The fractured nature of this tarot in some ways symbolizes the brokenness of our physical world and culture, the tragic irony that humankind is both catalyst and victim of this disordered age. 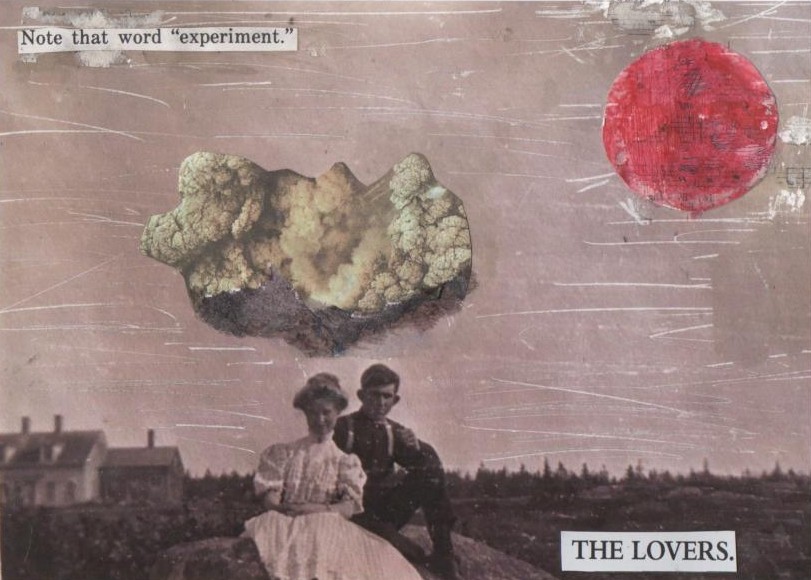 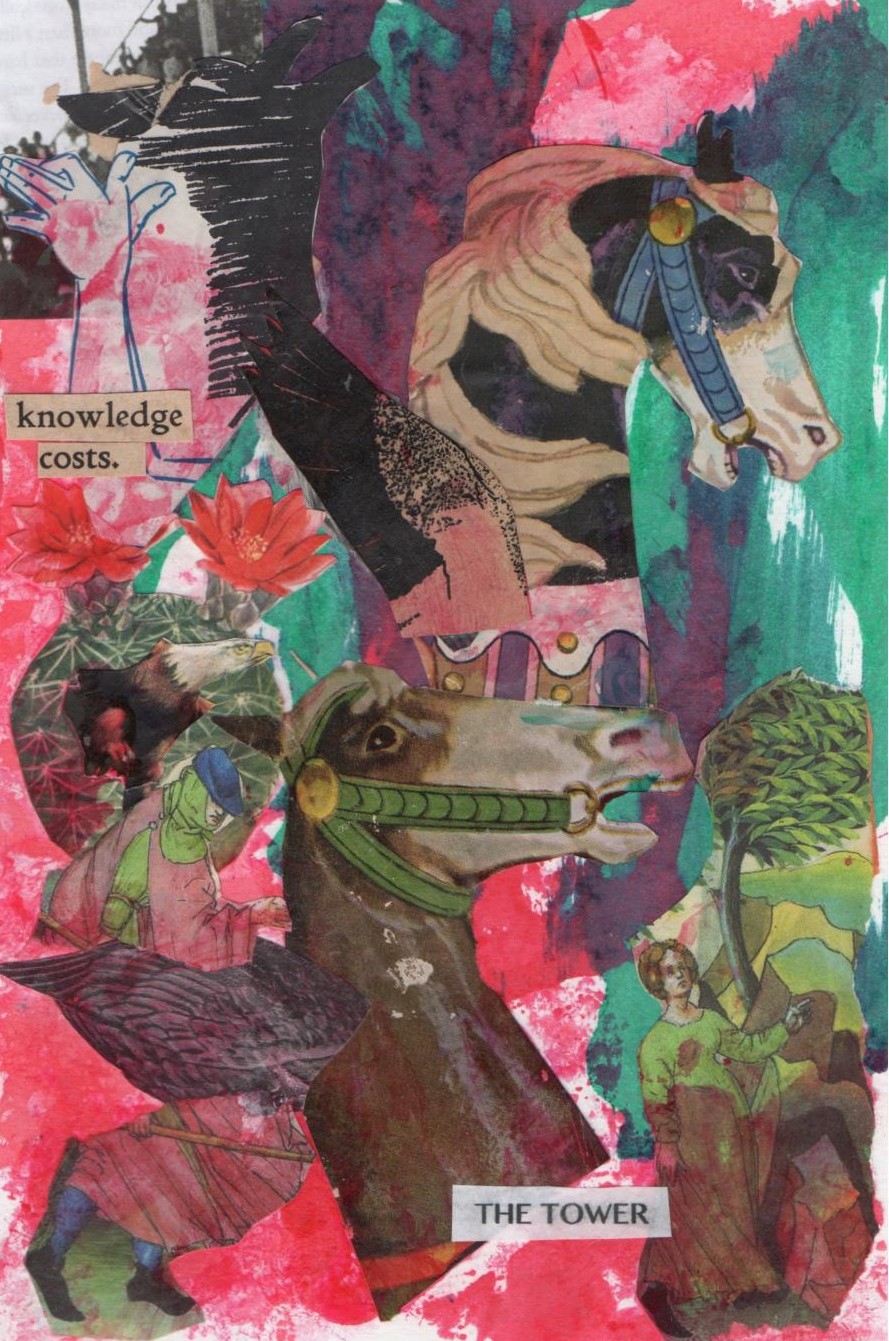 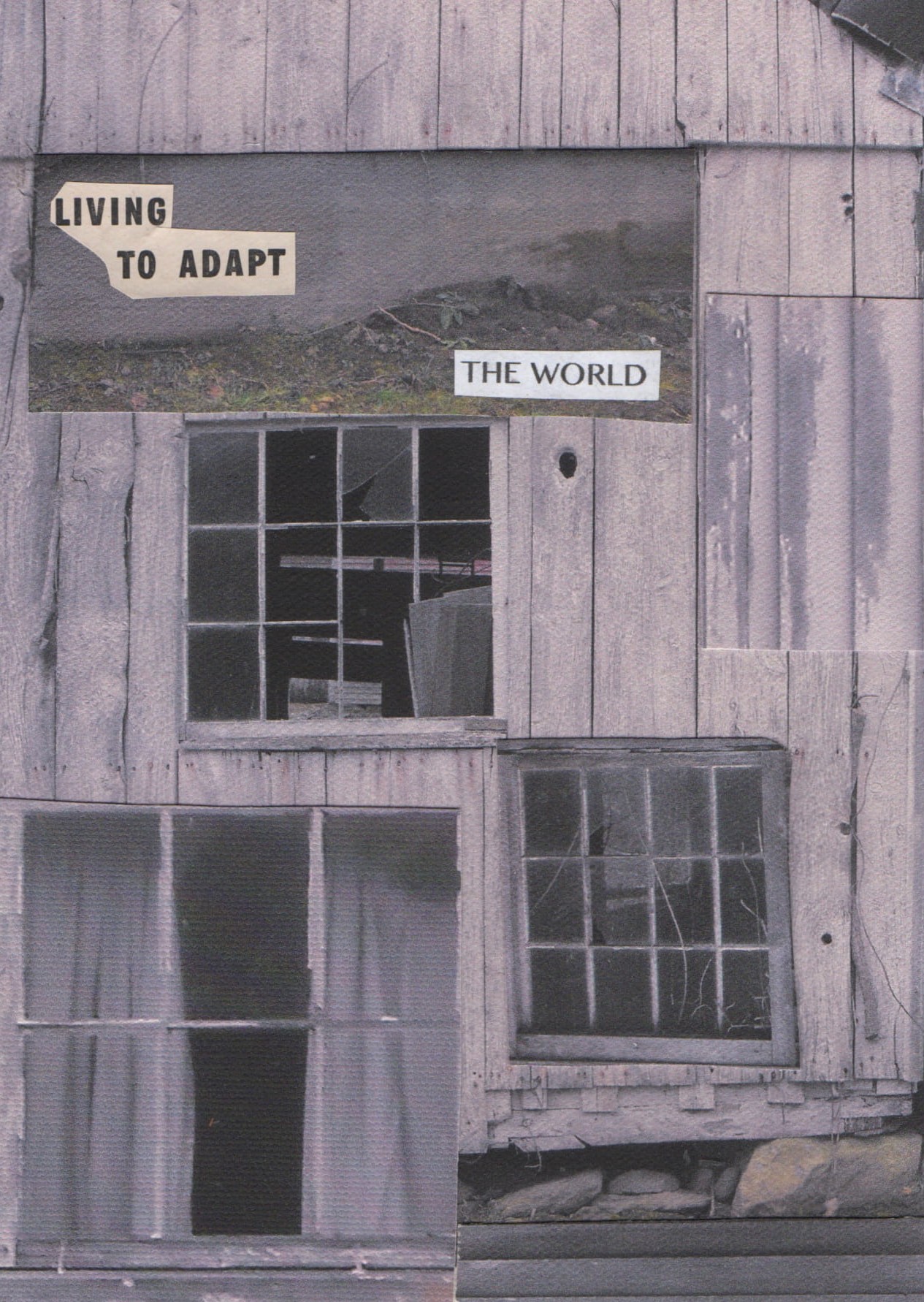 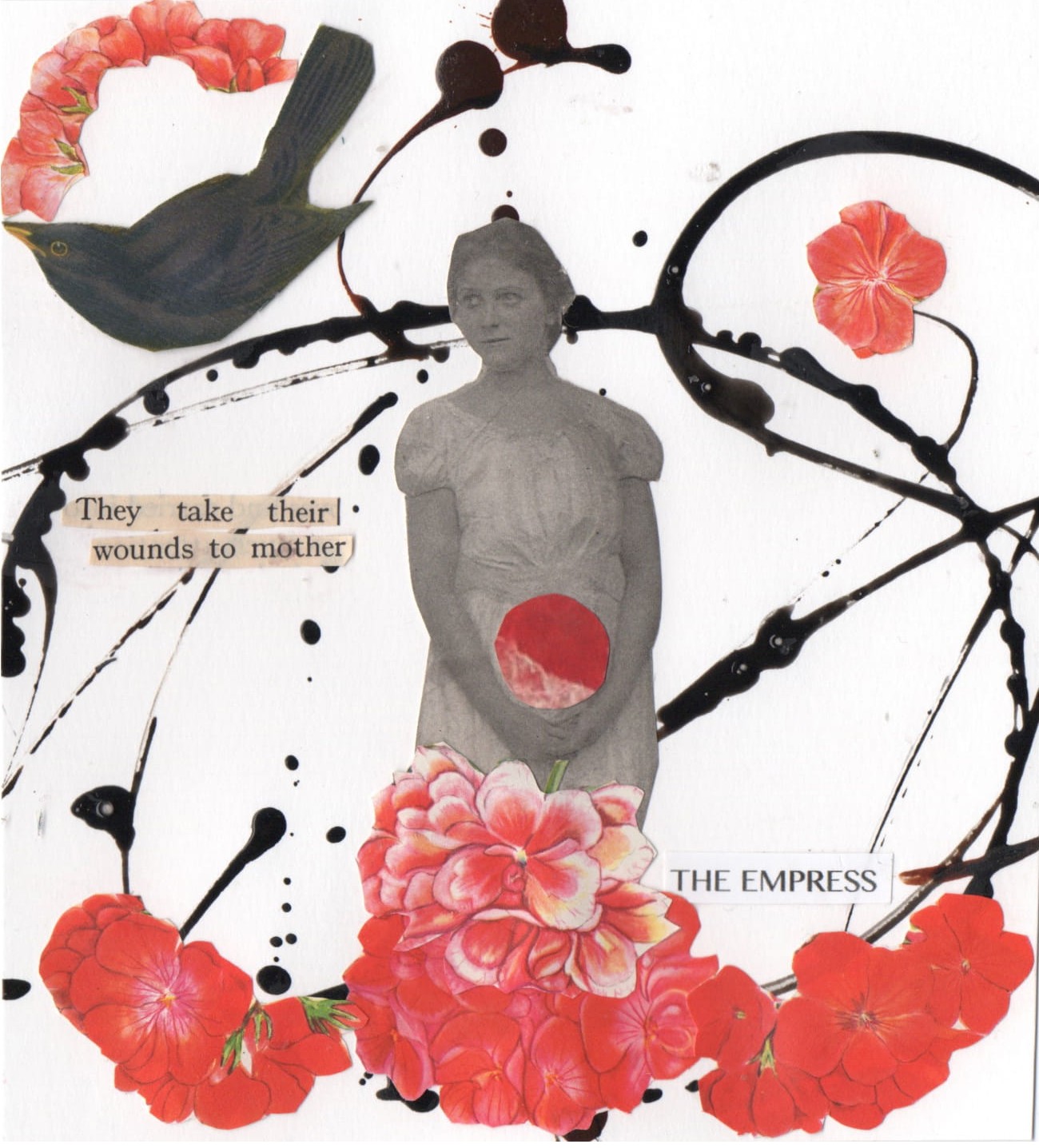 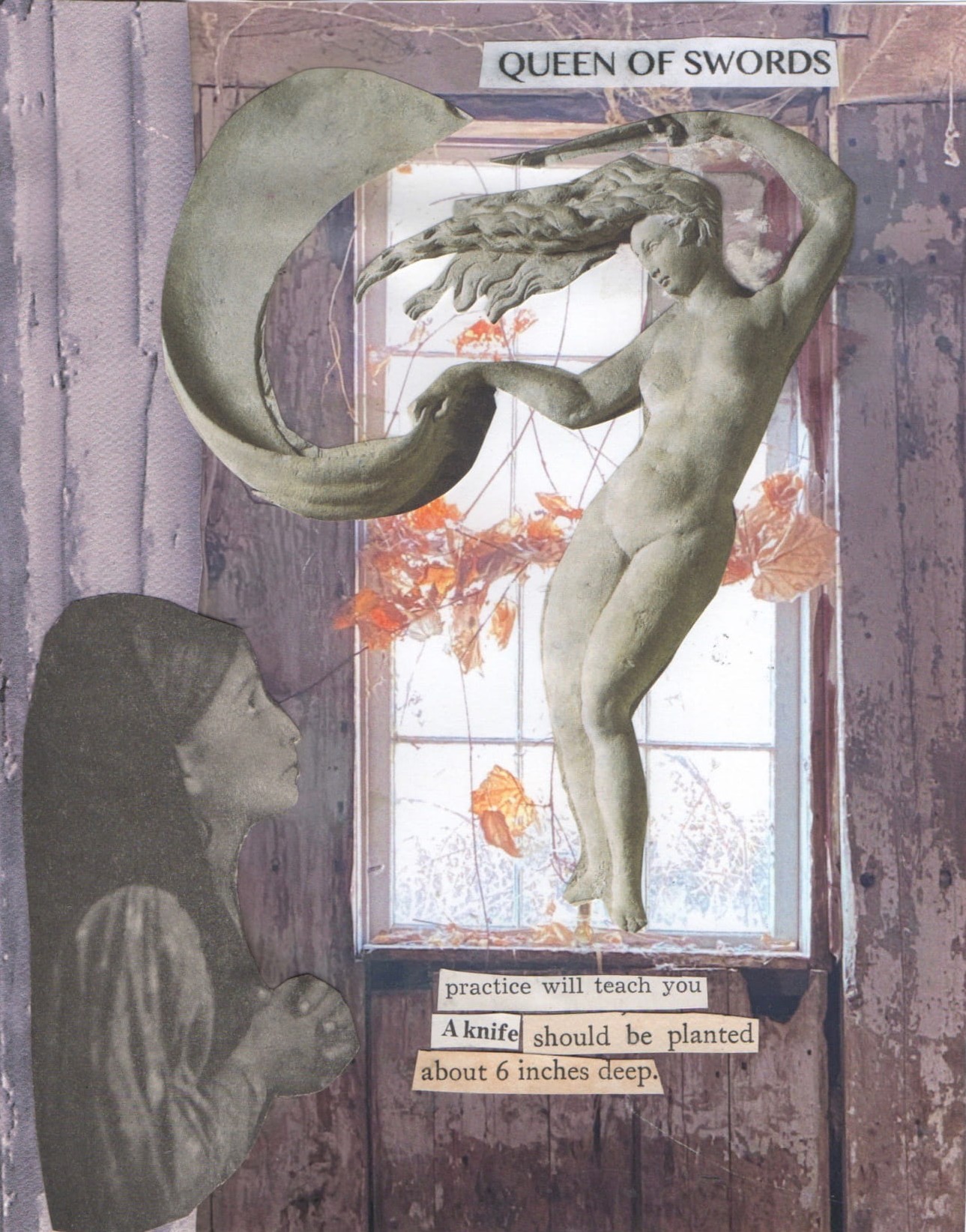 Sarah Sousa is the author of the poetry collections See the Wolf, named a 2019 ‘Must Read’ book by the Massachusetts Center for the Book, Split the Crow and Church of Needles, as well as the chapbooks Yell, which won the Summer Tide Pool Prize at C&R Press, and Hex which won the 2019 Cow Creek Chapbook Prize. Her poems have appeared in the Massachusetts Review, North American Review, the Southern Poetry Review, Verse Daily and Tupelo Quarterly, among others. Her honors include a Dorothy Sargent Rosenberg Fellowship and a Massachusetts Cultural Council Fellowship. She is a member of the board of directors of Perugia Press.