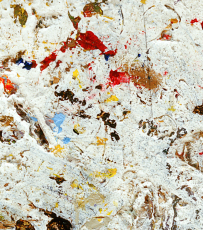 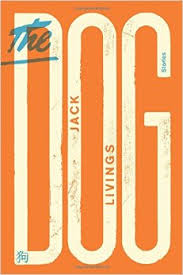 The Dog is Jack Living’s debut collection. These 9 stories, all set in China, explore daily life in the post-Mao era.

In “The Crystal Sarcophagus”, the longest story in Livings’ collection, we meet Zhou, a master glassmaker charged with constructing the crystal frame that will cover the recently deceased Mao when he’s placed on display in a mausoleum in Tiananmen Square. The crystal is to be 99.9999 percent pure, and earthquake resistant to a magnitude of 8.0. To make matters worse, the task is to be completed in ten months. “The impossibility of success” we are told, “was lost on no one, yet there was no doubt they would attack blindly, with full red hearts, like a cavalry riding directly into enemy cannons. Zhou would head the charge, and he would be the first to fall.”

Zhou and his team work tirelessly for months on end in awful conditions, suffering one setback after another. Aftershocks from a massive earthquake in Tangshan continue to affect large parts of China, and the whole country reels from the shock of Mao’s death. As Zhou buries himself in his work, his wife slowly dies of illness. He travels across the country by train, visits other factories in search of solutions, and in a painfully beautiful scene, scatters his wife’s ashes into the ocean. It is a turbulent time in China’s history, and Livings has found a most fascinating lens through which to view it. The emotional and physical landscape is varied and rich, and we feel the lingering presence of Mao; we feel the way in which he’s been indelibly pressed into the recesses of every citizen’s life.

Set in 1976, “The Crystal Sarcophagus” is the only story that deals directly with the life and death of the Chairman, but the pervasive presence of the Chinese State in ordinary citizens’ daily lives emerges as one of the strongest themes in the collection. In “Mountain of Swords, Sea of Fire,” veteran journalist Ning Wang is fired from the Guangzhou Post but told to claim in public that he’s stepping down voluntarily. There is enough history, politics and corruption in this story to fill a novel, and yet Livings is such a masterful storyteller, that in the space of just twenty-five pages we sink deep into the world of cut-throat Chinese journalism, into a world in which those who have survived the purges of the Communist Party have the blood of their colleagues on their hands.

“An Event At Horizon Trading Company,” the penultimate story in the collection, is set on a trading floor in Beijing. “There were a couple of Mongols,” the narrator tells us, “a guy who was half Xibe, a Uyghur, a couple of Yaos, some Koreans. For a while, we even had an American, but he was lazy and got fired.” The word Comrade, we learn, has become slang for gay. This is the multi-cultural heart of modern day, capitalist, Beijing. And yet a vehemently patriotic character, known only as Slick Lips, walks about the trading floor reciting phrases from his Chairman Mao pocketbook, and denouncing those employees who have chosen to wear the traditional Hanfu — a symbol of the eponymous movement, whose members aim to reconnect with ancient, pre-communist Chinese ideals. “The Hanfu lifestylers are puppets of the Japanese government,” Slick Lips proclaims. “The Japanese wear the same robes, they just call them Kimono!”

This is one of the few times that the world outside of China is even mentioned, and only one story, “The Pocketbook”, has a Western expat — Claire, a misfit English teacher, unpopular with the other foreigners — as its protagonist. This seems telling, as Livings, who studied and taught in China, writes not as an outsider casting his gaze across a foreign people, but as a sympathetic observer, a chronicler of daily life. Each story has been given extraordinary attention and Livings handles even complex, highly specific cultural issues with delicacy and precision.

In “The Heir” we meet Omar, a veteran Uyghur gangster who controls Uyghurville with an iron fist. He grooms his nephew, Anwher, in the hope that one day he will be tough enough to take over operations. But rumor has it that the young man is gay, and this does not sit well with uncle Omar. As the story unfolds, we witness the disturbing trials he puts Anwher through, ultimately allowing him to be brutalized by the Chinese authorities — for the young man’s own good, he tells himself. In this story Livings explores myriad complex issues: the treatment of minority groups; attitudes towards homosexuality; the role of the Public Security Bureau in daily life. Despite dealing with these difficult and charged ideas, the writing is never didactic, never preachy or heavy handed. Even Omar, perhaps one of the least likable characters in the entire collection, is drawn with empathy and compassion.

With The Dog, Livings shows the power fiction has to dissolve barriers. Although, for many readers, the cultural and political backdrop against which the stories are set will seem unfamiliar, the struggles and experiences of the characters will not. In short, this book is not only brilliantly written, but highly relevant and timely. It deserves a wide readership.

The Dog
by Jack Livings
Farrar, Straus and Giroux, 2014.